HWT Aetna is a revival of the sturdy Roman style of wood type most often called simply Aetna. This new digital version features four widths all based on the various widths commonly offered by 19th Century wood type manufacturers. In addition, there is a four-layer all-caps version Aetna based on the the famous Wm. Page Chromatic Types, that allows the user the ability to easily create these chromatic streamer and shadow effects. Both the multiple width Aetnas and Streamer component fonts support full Western and Eastern European languages.

One of the interesting aspects of this project is that there is not one single version of Aetna. It was produced by multiple producers, all putting a slightly different spin on the letterforms. In producing this revival, I studied aspects of each version in the process of creating a single, contemporary Aetna. That said, the final version bears the closest resemblance to William Page's original than any of the other variants.

Aetna is available for sale from P22.

For more information about Aetna, check out the Behance article. 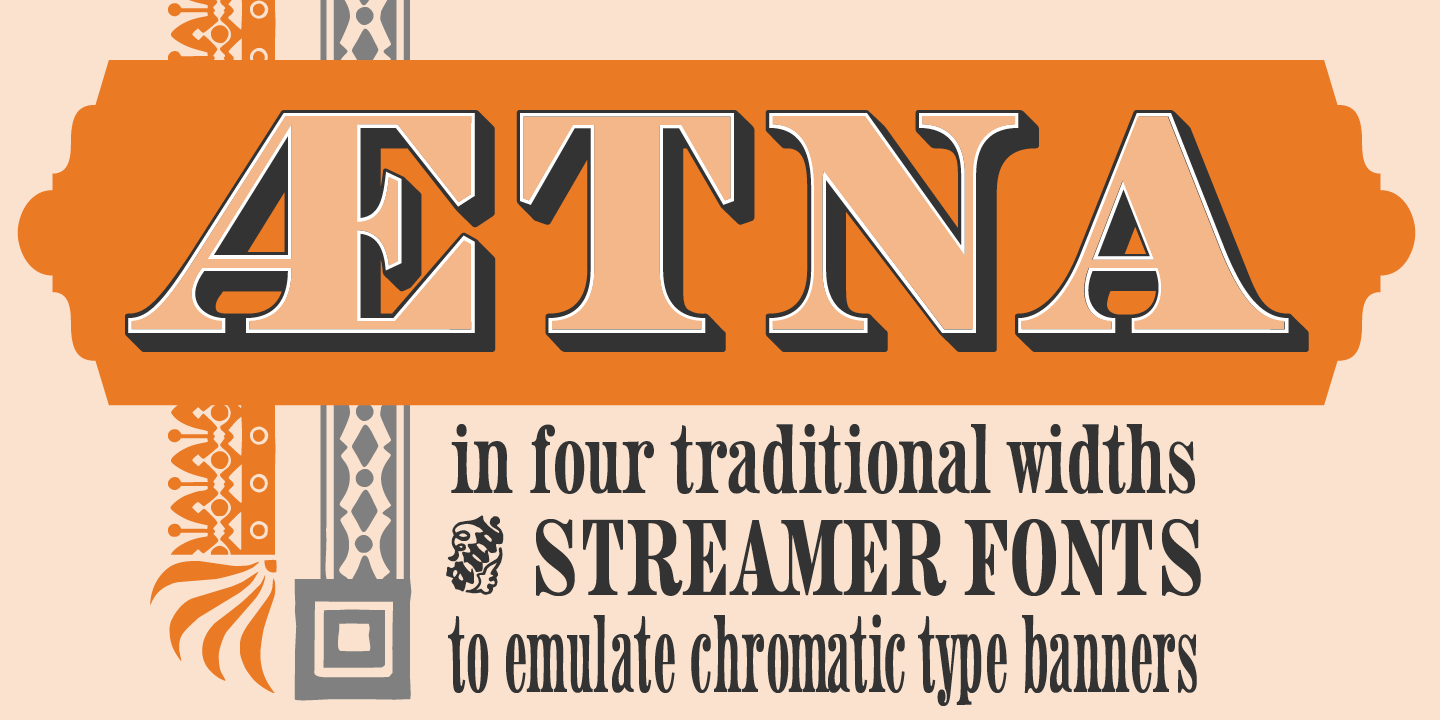 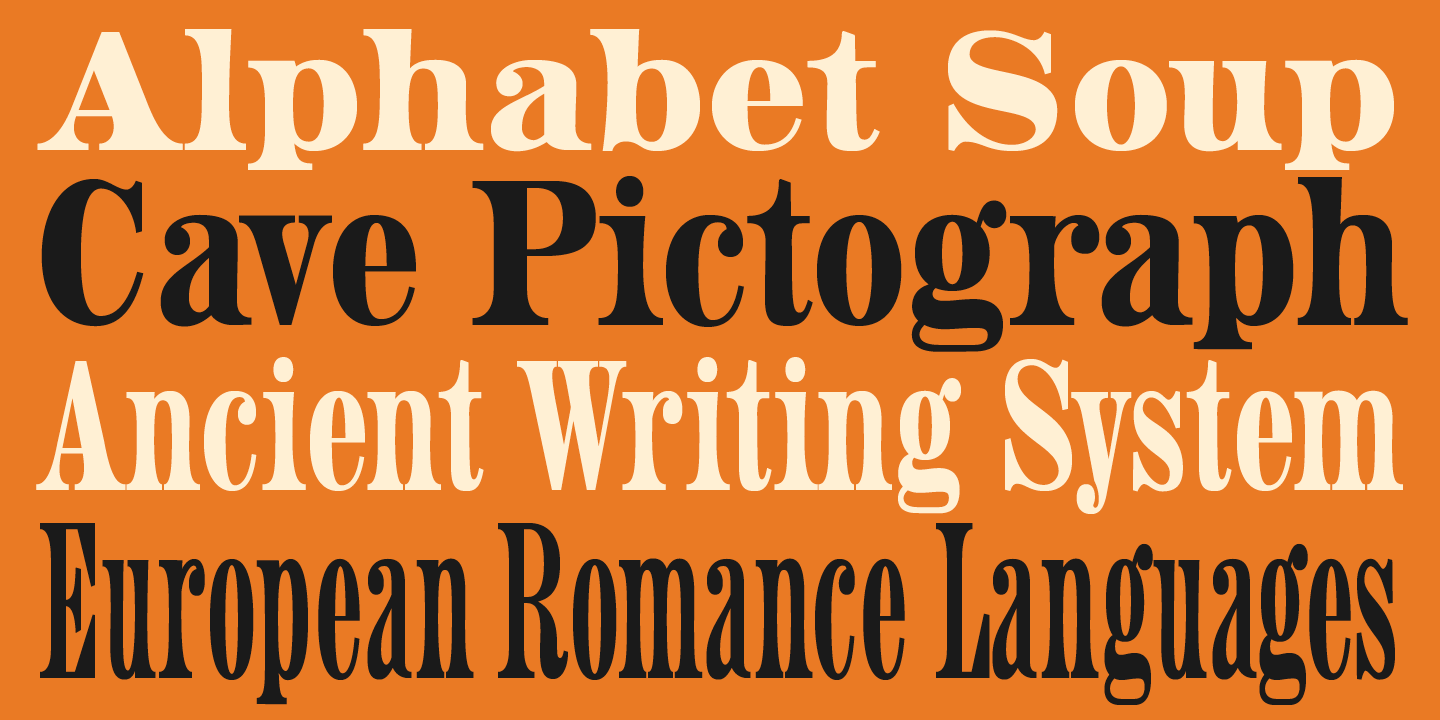 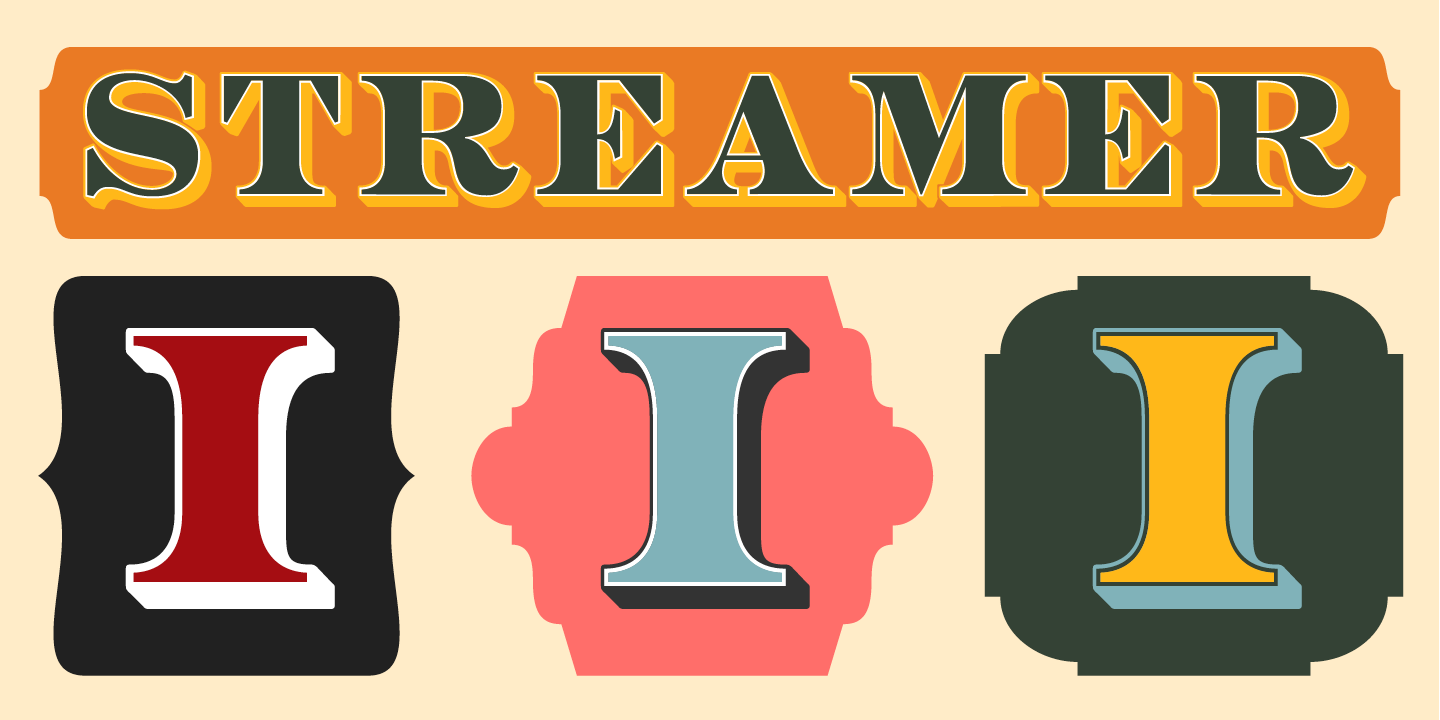 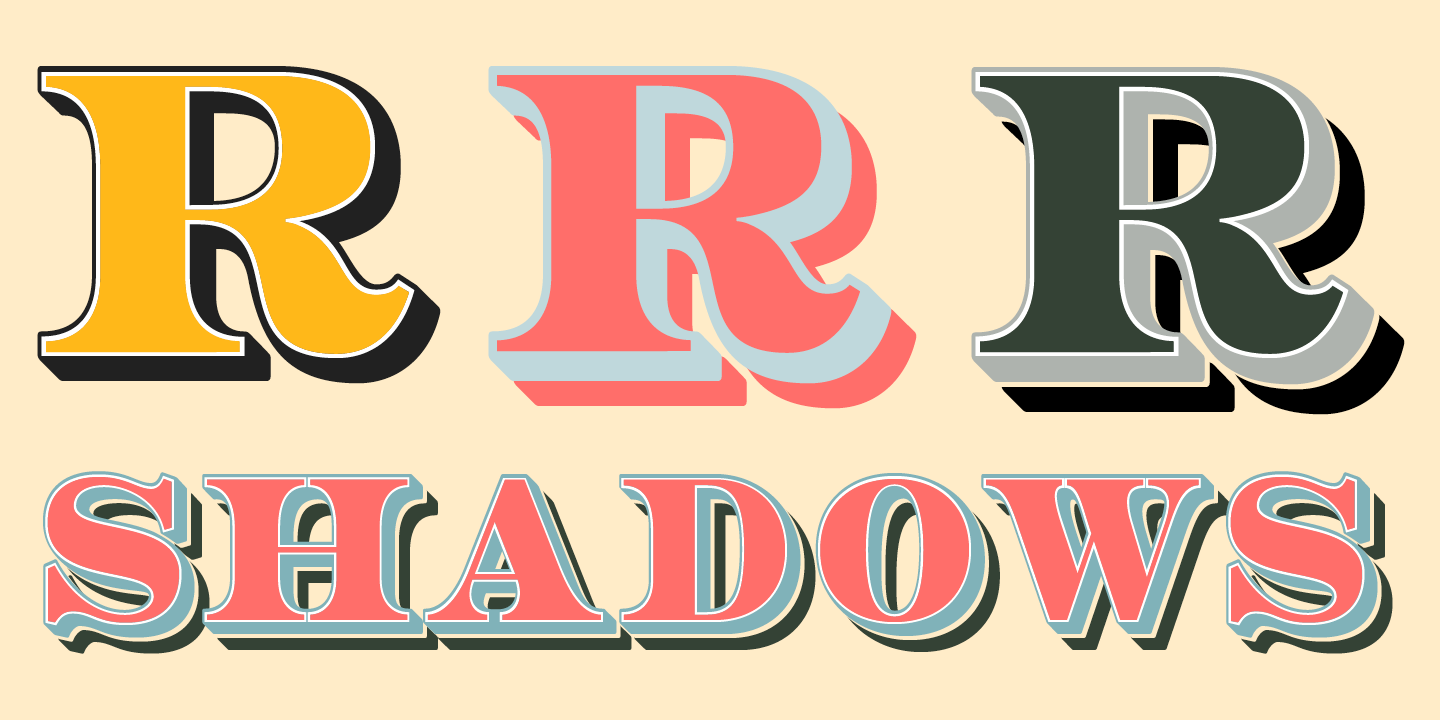 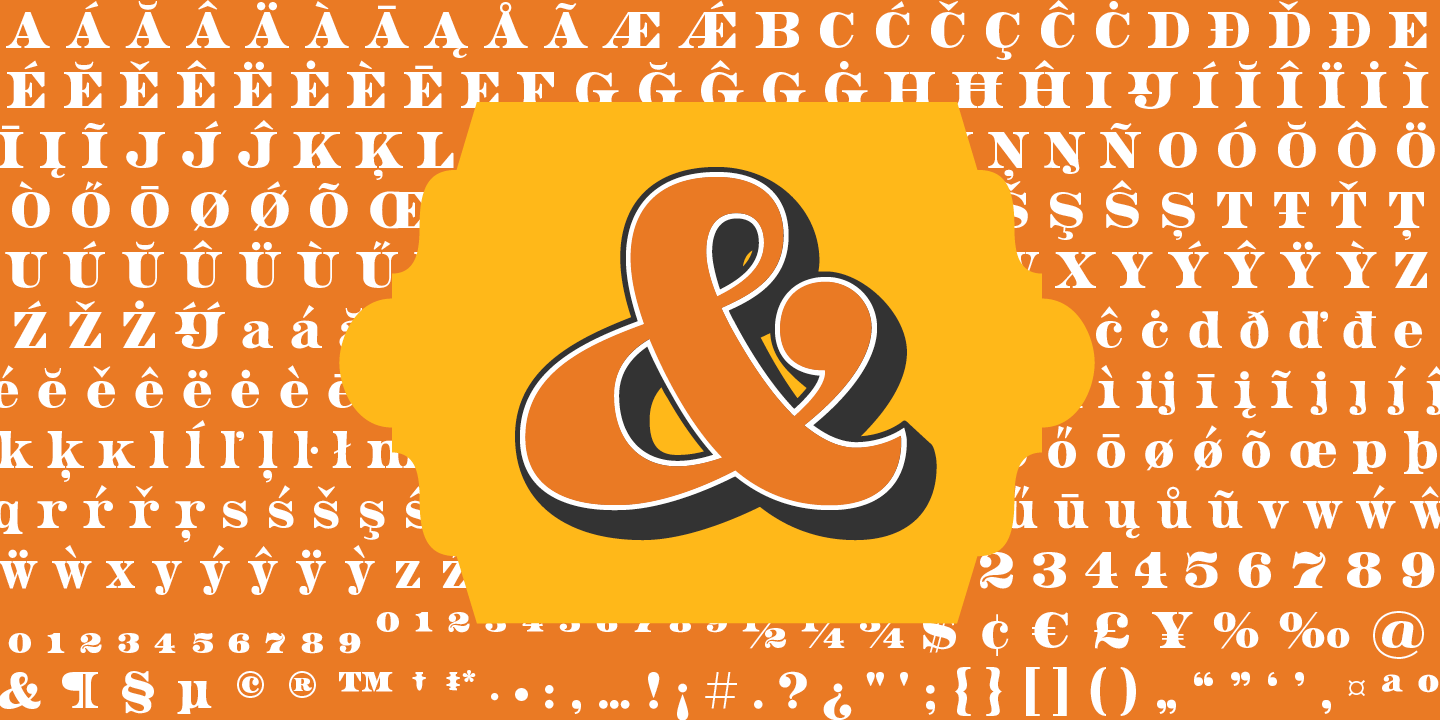